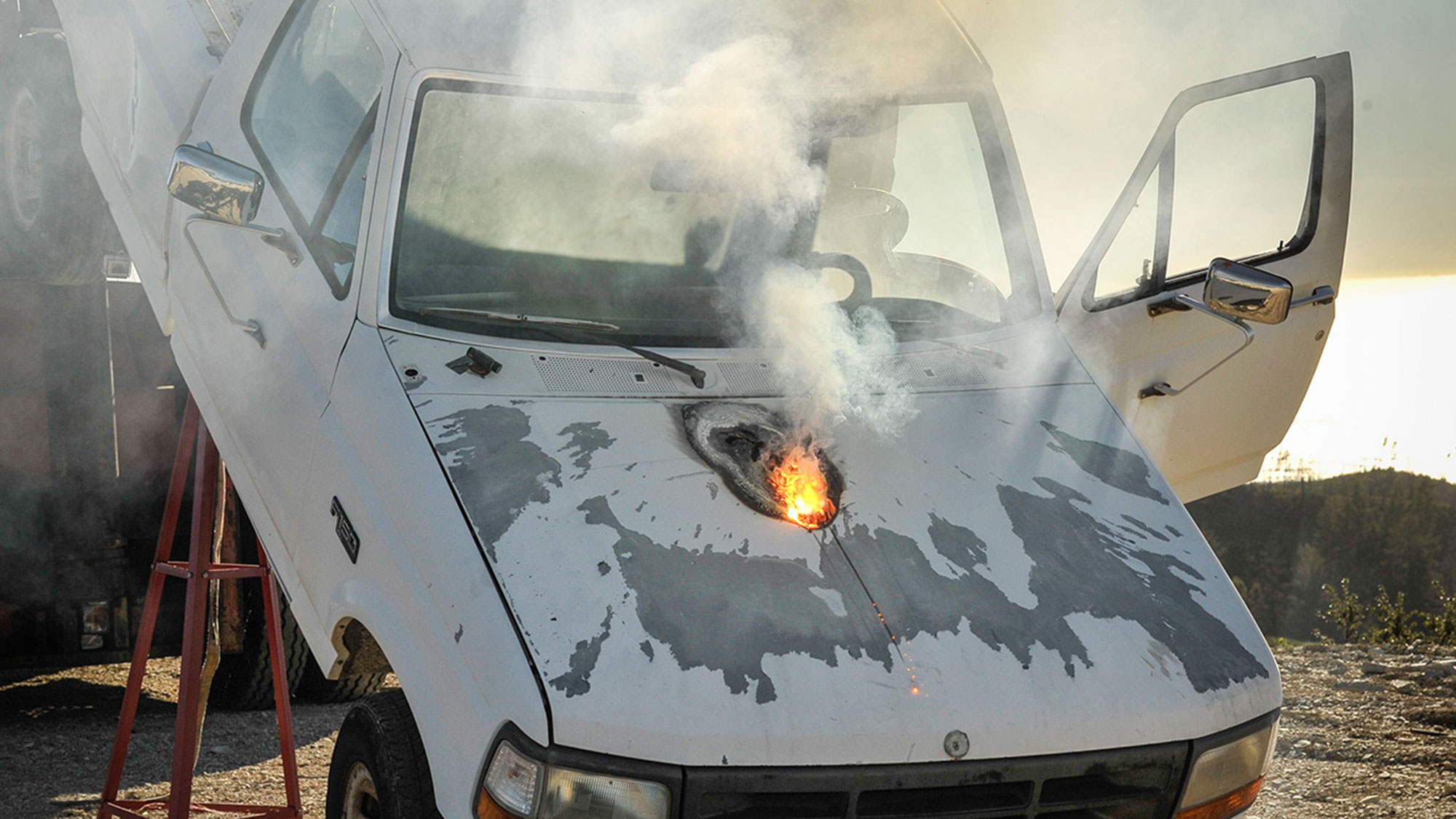 Last week we got a glimpse of what the future of war could look like.

Global defense weapons behemoth Lockheed Martin announced that its new high-power laser weapon can disable a ground target from more than a mile away, as demonstrated in a recent field test.

The demonstration, in which Lockheed’s ground-based prototype weapon burned through the engine of a mile-away small truck “in a matter of seconds,” represents the highest power ever documented by a laser weapon of its type, according to Lockheed.

This capability could prove to be especially useful in counterterrorism operations, considering that weapon-mounted trucks are commonly used by militias and extremist groups like ISIS. The lasers are also more budget-friendly to use, with each shot costing significantly less than missiles and even bullets.

The implications of this frighteningly powerful weapon? According to Keoki Jackson, Lockheed Martin chief technology officer, “This test represents the next step to providing lightweight and rugged laser weapon systems for military aircraft, helicopters, ships and trucks.”

The U.S. Navy debuted a similar drone-killing laser weapon in December, which it says is ready for combat use.

‘The Dress’ Used In Salvation Army Anti-Violence Campaign
Next