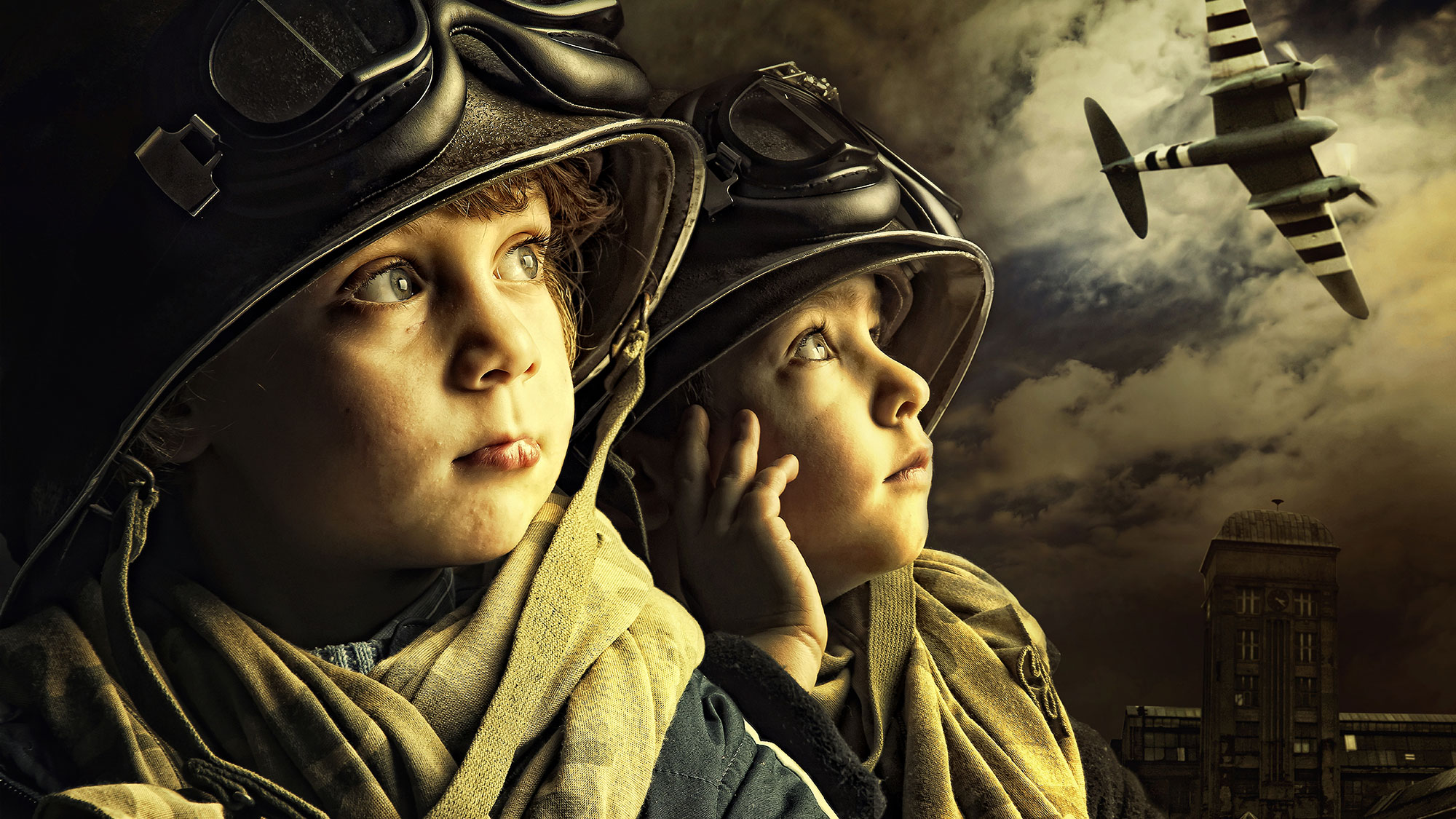 Don’t go building your bomb shelter just yet. While it would be foolish to discount the possibility of another world war, a full-scale attack involving great powers would be highly unlikely, given today’s globalized economy and weapons of mass destruction.

Of course, those same WMDs that serve as a deterrence to war are exactly what make the thought of WWIII so frightening. Albert Einstein summed it up best when he professed, “I don’t know [what weapons will be used in the Third World War]. But I can tell you what they’ll use in the Fourth — rocks!”

To prevent annihilation of the world’s population, it’s important that think tanks recognize conceivably dangerous scenarios — and that nations work to defuse those situations before they escalate.

So, what exactly is it that keeps Pentagon generals up at night? Here are 10 potential catalysts for World War 3. 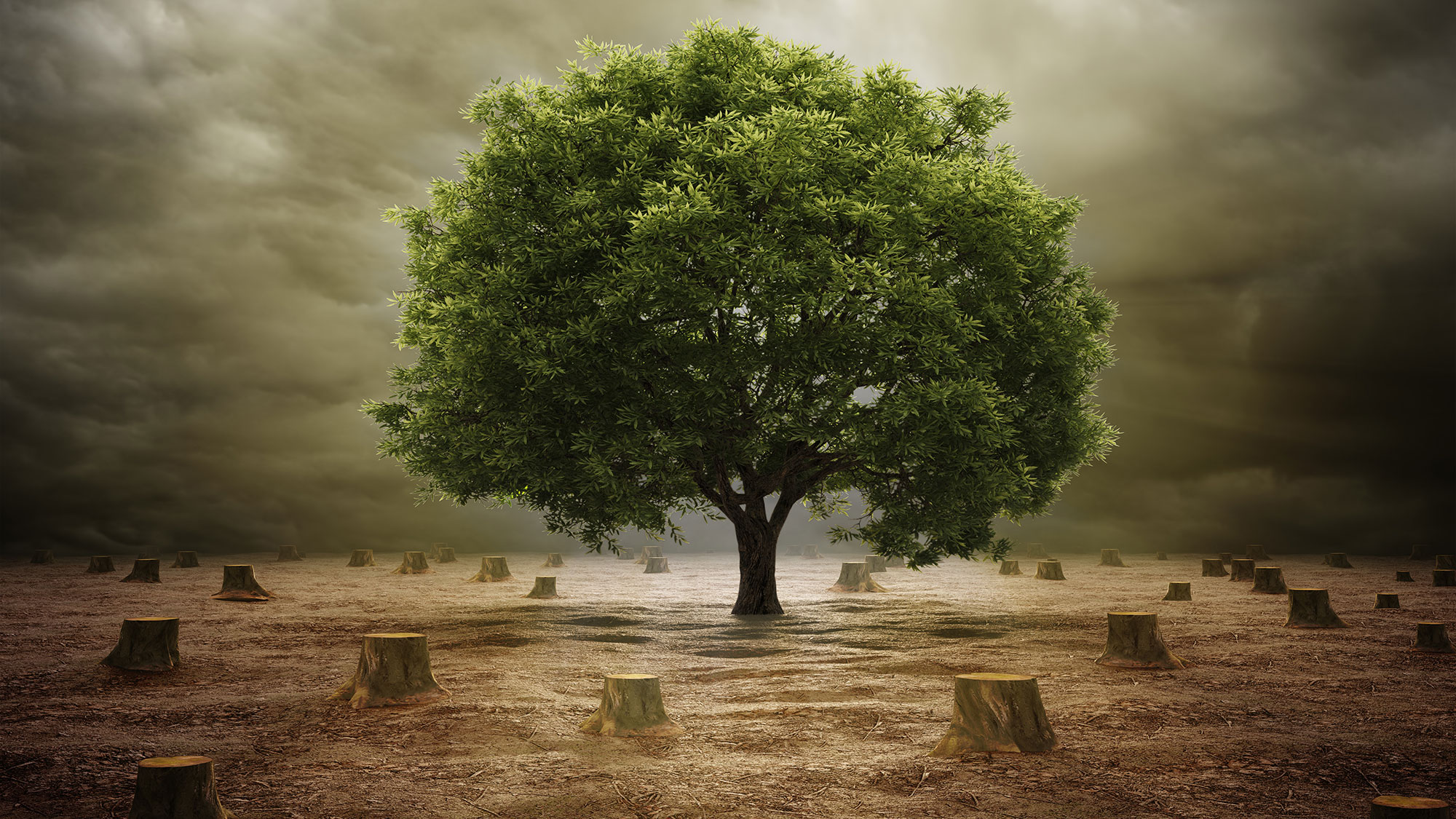 How long before the Earth runs out of crucial resources such as food, water, energy, metals, and clean air? Well, that depends on who you’re asking; an economist, or an ecologist; an optimist, or a pessimist; and what is their political ideology? Some experts claim it would already take 1.5 Earths to produce all the renewable resources we use today, while others maintain that new technologies will continue to keep us out of hot water for the foreseeable future.

One thing is certain, though: our planet does have its limits, regardless of the Five Ws — and one day we might just run into that wall. In fact, a recent report from the U.S. Intelligence Community warns of “water war” threats as early as 2030 in some impoverished countries. Suddenly, a scenario — in which India decides to impede the downstream flow of water from the Indus river into Pakistan — becomes a very palpable possibility.

If/when the world is eventually unable to innovate itself out of resource scarcity, the next logical conclusion is war. And a war arising from the need to survive is a dangerous one. 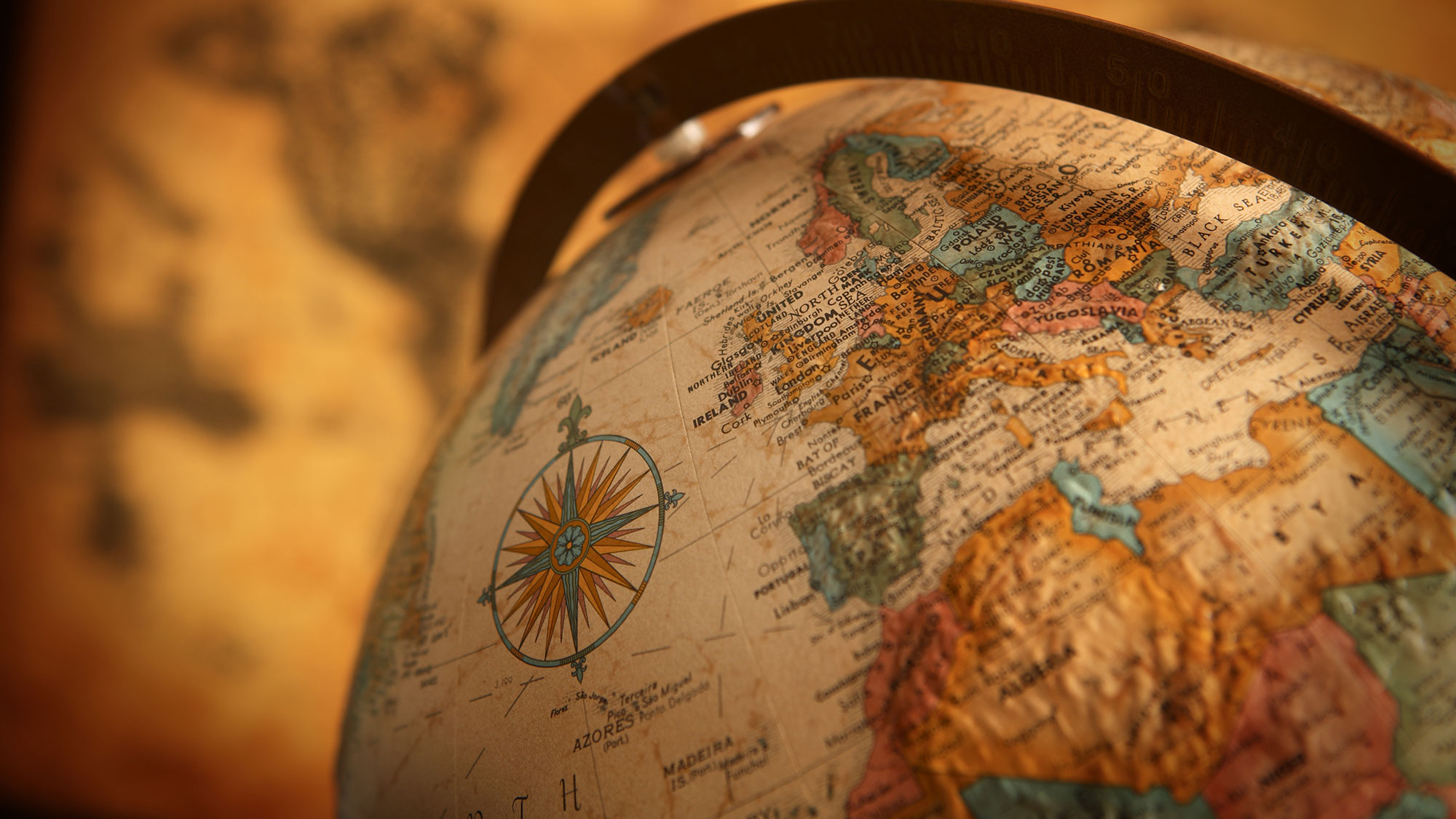 It’s hard to believe that in the year 2015 the world’s borders are still being redrawn, but nonetheless, that’s the reality we face. Whether it be national pride, long-term strategy, or the aforementioned resources, territory disputes remain an obstacle with no end in sight.

Russia’s annexation of Crimea last year reinforces the fact that peace is fragile. And yet, that international dispute — involving a mostly non-aligned Ukraine — is just the tip of the iceberg.

The complicated relationship between Beijing and its “one country, two systems” neighbors (i.e. Taiwan, Hong Kong) could become “hot” at anytime. And if anything were to escalate on that front, the United States would be forced to make a critical decision — use military force to counter China’s combativeness, or distance itself from past alliances in an effort to prevent any further spillover (each choice having substantial consequences).

The oil-rich, disputed islands in the China Seas — being claimed by China, Japan, Taiwan, South Korea, Vietnam, Malaysia, the Philippines, and Brunei — is another plausible disaster waiting to happen. Not only is there oil at stake, but also shipping lanes, fishing waters, and inflated egos.

Then there’s the more far-fetched, but fair, notion that China might eventually have its heart set on Serbia.

And let’s not forget about the ongoing Israeli-Palestinian conflict, along with turmoil elsewhere in the Middle East and Africa. 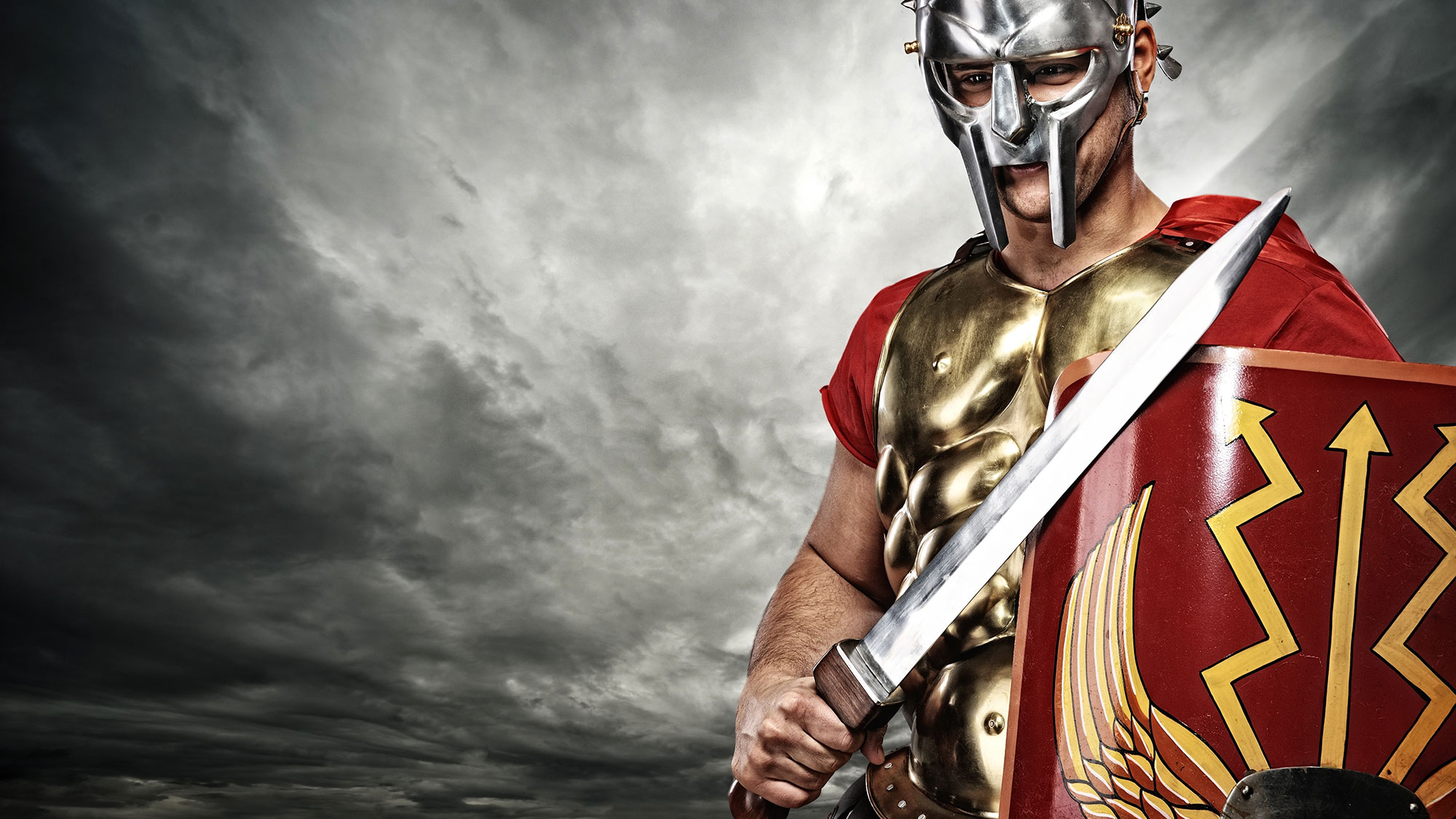 This concept is known today as Thucydides Trap, and is often referenced when predicting a future conflict between the current superpower (i.e. United States) and a rising power (i.e. China). Some experts claim that this notion is currently underway, as witnessed by the supposed China containment policy.

If the United States does indeed feel threatened by China’s growing influence (real or perceived), military action may be driven by fear, regardless of whether or not war is rational, beneficial, or provoked.

Naturally, a world war involving two nuclear-armed powerhouses would be catastrophic for humankind. 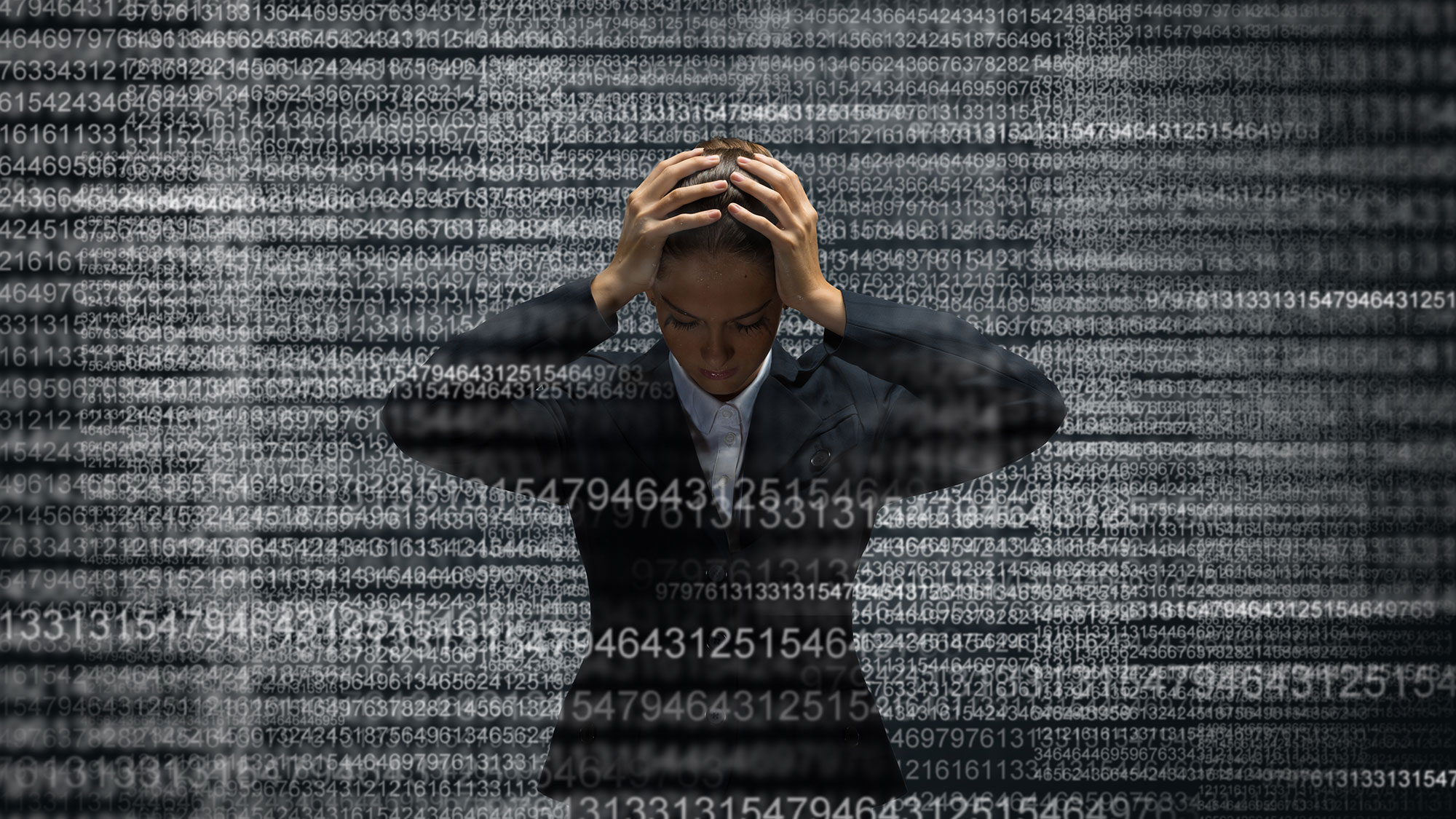 Regardless of how intelligent our leaders may (or may not) be, mistakes happen. Of course, when it comes to war, there’s little room for error. Just ask Stanislav Petrov — the man who might have saved the world from nuclear disaster once already.

It isn’t just computer errors that should alarm us, though. Rival fighter jets are intercepting each other on a daily basis, and governments are always looking to push the limits and test the resolve of other nations.

Even relatively minor confrontations like the Hainan Island incident could get ugly quick if they’re not handled appropriately. 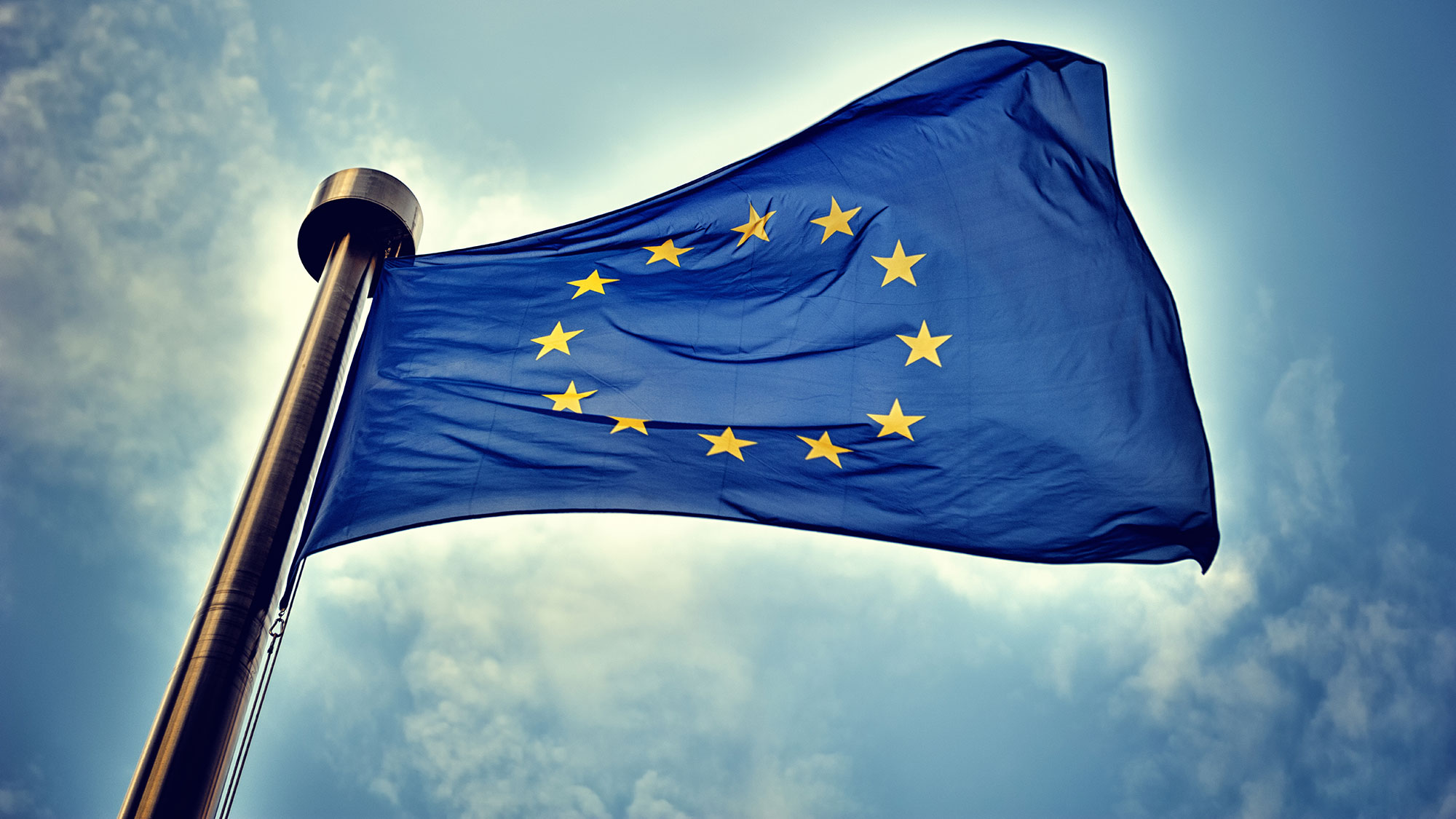 Military alliances can be beneficial, but they also come with their own risks. Foes will undoubtedly become suspicious of the motives behind any accord. But more importantly, members of the coalition must then legally defend each other.

Suddenly, a country could be forced to make a troublesome decision: either honor the treaty and go to war, or withdraw and effectively acknowledge the dissolution of an important union.

It isn’t hard to see why such a scenario could have far-reaching implications. Does the European Union defend Lithuania if it’s attacked by Russia? Does the United States come to the aid of Japan in the event that China decides to attack? And if a major conflict were to occur, what other countries would intervene, and where would their loyalty lie?

Let’s hope we never have to find out. 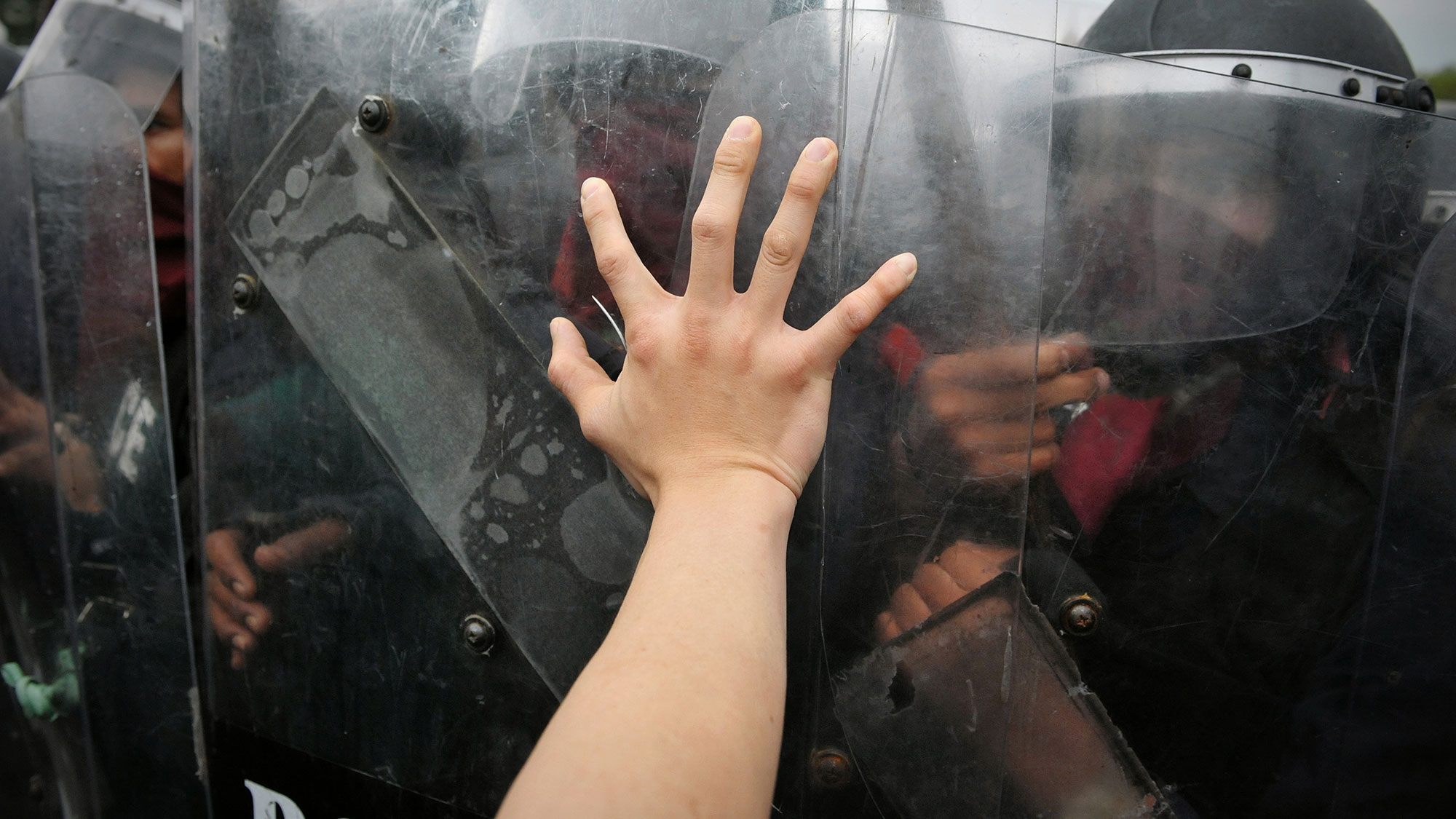 If you’ve ever played  Risk — the classic board game based on military strategy — you know how important timing is. As Sun Tzu proclaimed in The Art of War, “Those who know when to fight and when not to fight will be victorious.”

If an opportunity presents itself for one country to take advantage of another, an otherwise improbable war could emanate. Factors such as an ailing economy, social unrest, being preoccupied in other wars, extreme weather, or even a massive solar flare capable of damaging power grids — could all play a role in ensuing hostility between countries. 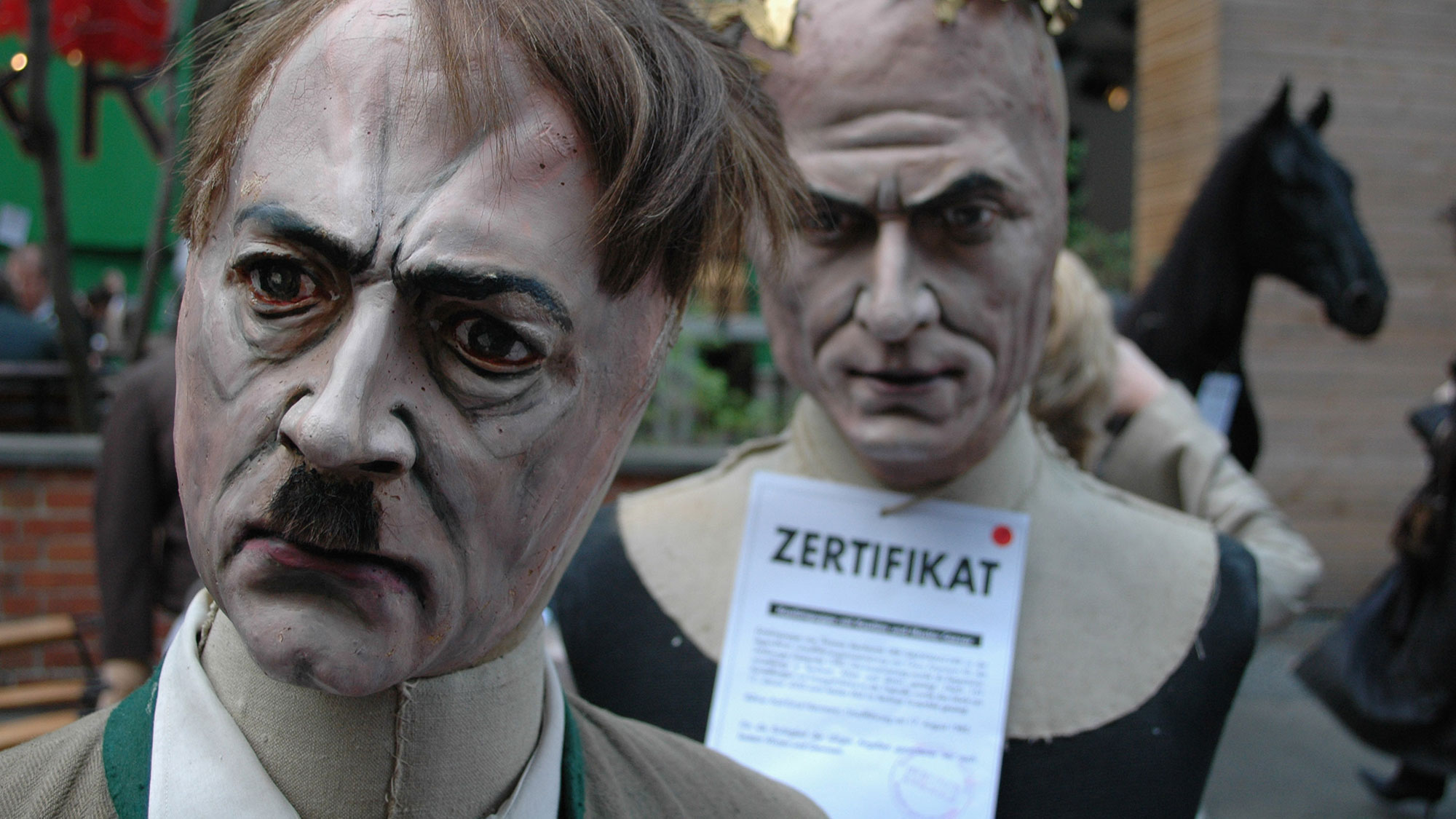 Consolidated power can be dangerous, especially when it belongs to just one person. An absolute dictatorship — unlike modern democracies — doesn’t have any checks and balances. Voting, elections, and impeachment are nonexistent.

And it goes without saying that a megalomaniac with no restrictions is a recipe for disaster.

Need proof? Look no further than World War Two and the destruction that Adolf Hitler caused. 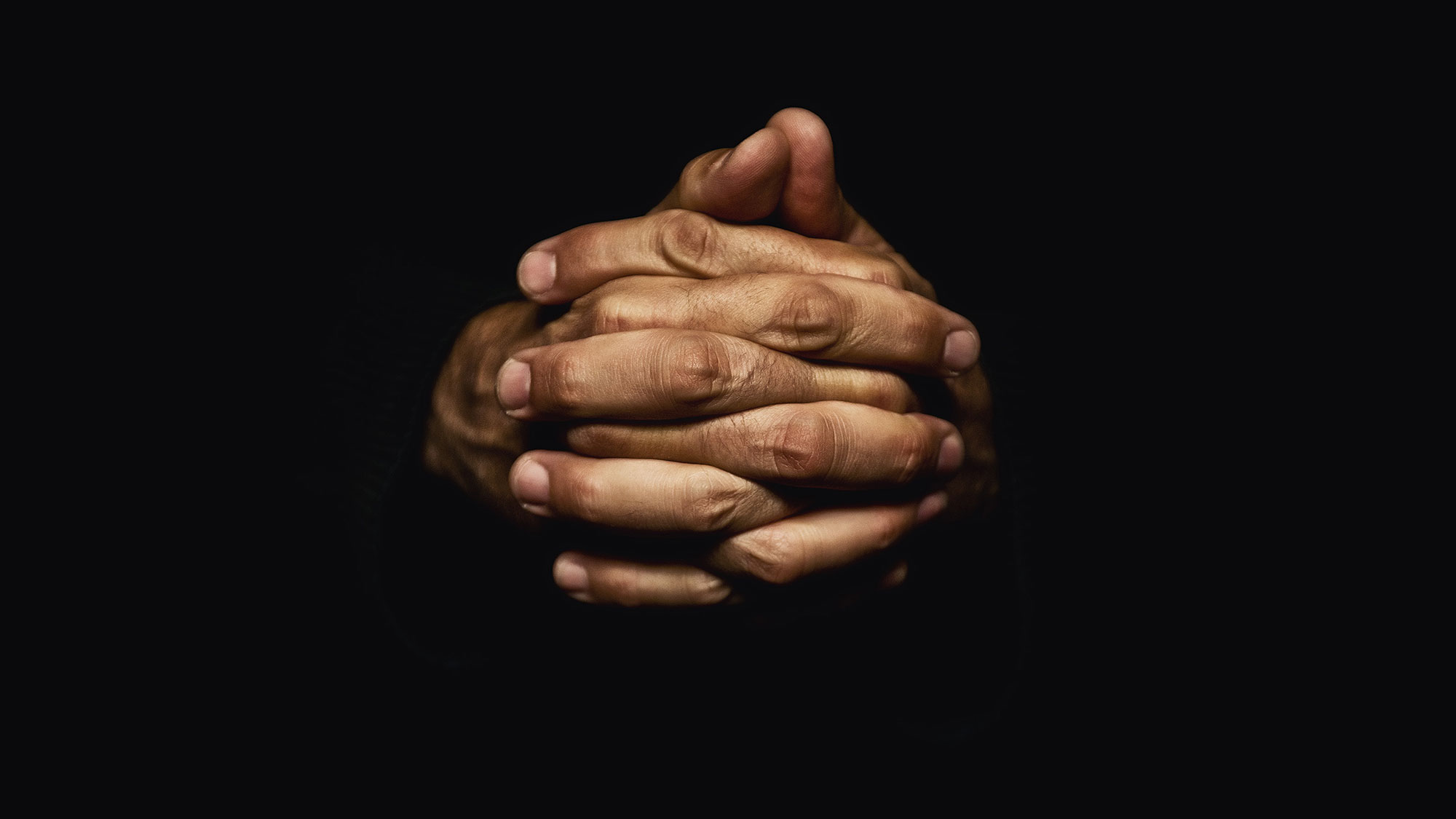 Religion is a sensitive topic for much of the world. And with over a dozen major world religions (representing thousands of smaller religious groups), there is bound to be plenty of disagreement.

While it is unlikely that religion will be the primary, direct cause of another world war, it could certainly contribute to one. The brutality of the Islamic State in Iraq is a perfect example of what could happen when fanatical religious groups wreak havoc. Middle Eastern countries such as Iran, Syria, Turkey, and Saudi Arabia could all become heavily involved in a long-term proxy war. This, in turn, could cause other sovereign states from around the world to clash in an effort to protect their own interests in the region. 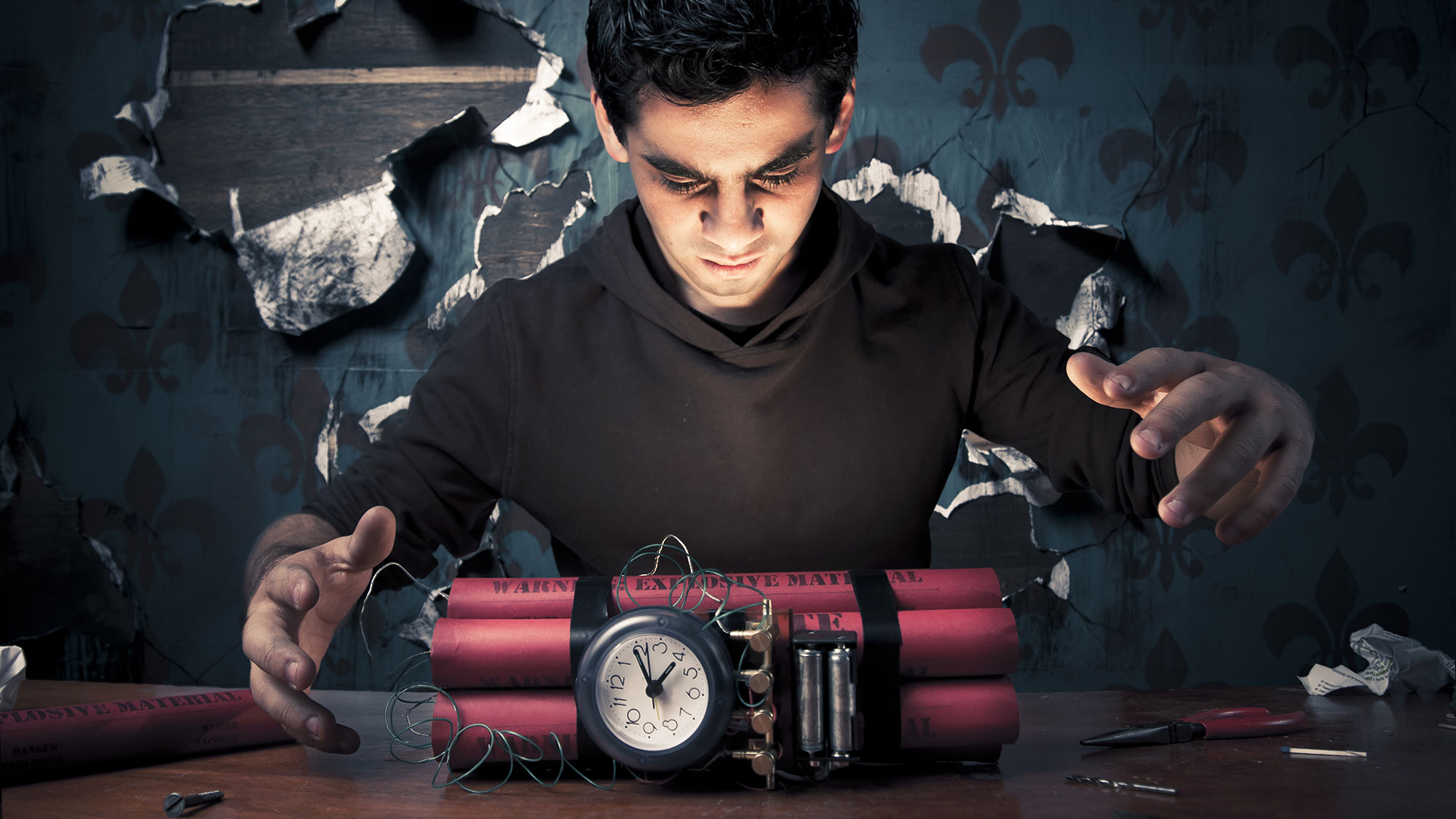 The 9/11 attacks that brought down the World Trade Center have changed our perception about how secure we really are. The world now knows what terrorists are capable of.

While it’s true that Osama bin Laden can no longer cause any devastation, and Al-Qaeda has been weakened, terrorism is still a considerable threat. In fact, President Obama just recently declared that a rogue nuke is the No. 1 national security threat to the United States.

We’ve witnessed what the United States is willing to do when more than 3,000 citizens are killed in a terrorist attack. Now, imagine for a moment, the global mayhem that would ensue if a nuclear bomb killed over a million people in Manhattan. 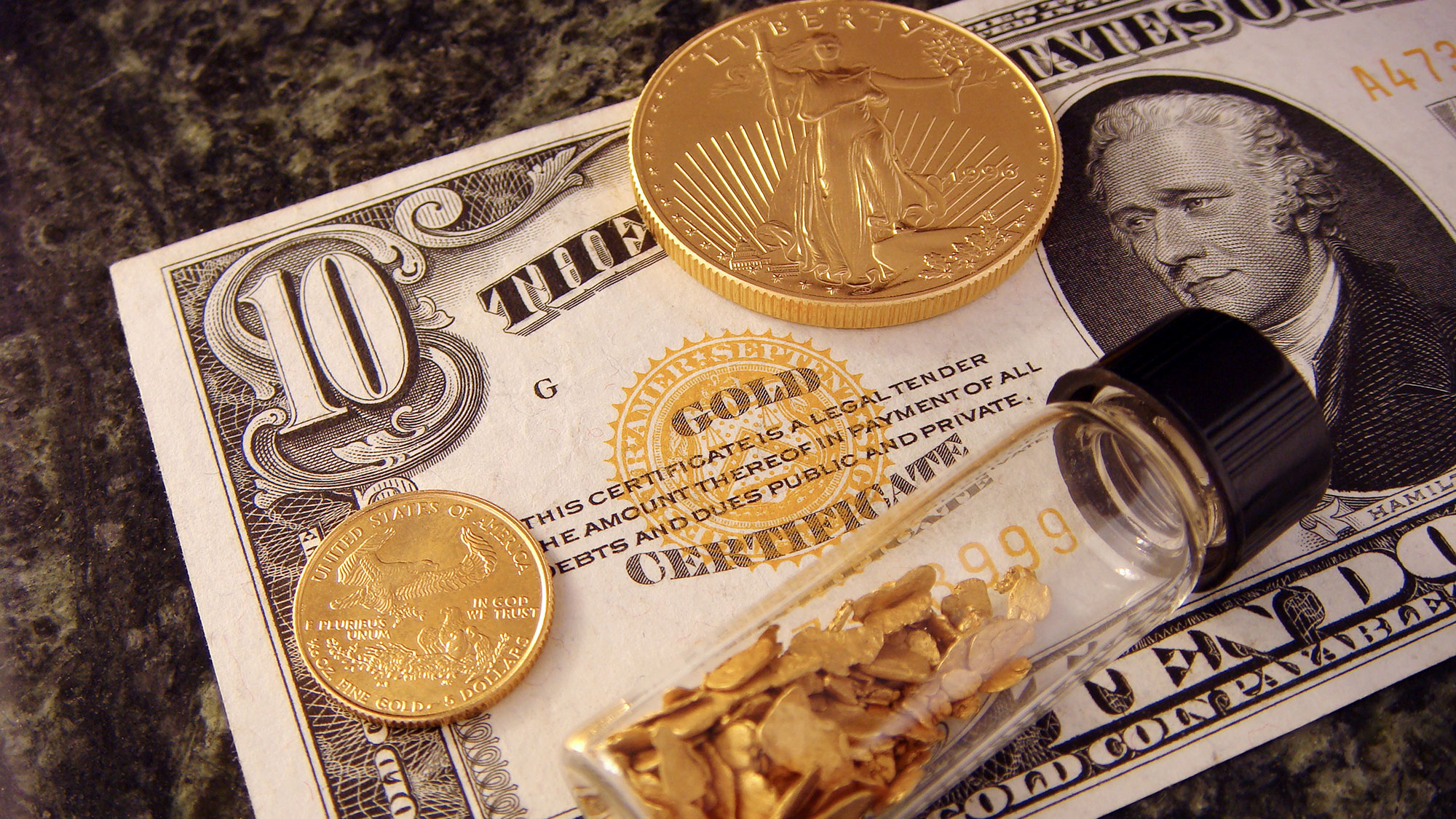 As the saying goes, money makes the world go round. And, regrettably, when money is at stake, wars happen.

There are a number of economic circumstances that could bring chaos to the world. For one, a global depression might tempt some governments to fabricate reasons for starting a war. While most top economists now agree that war is in fact not good for the economy — and end up costing much more than the GDP they create — there are still differences of opinion. It is, after all, difficult to accurately measure the impact that modern warfare has on innovation and productivity (without knowing what a counterfactual world — one without war — would have looked like).

Another problematic situation relates to currency itself. Any attempt to challenge the dollar standard, or to arrange for its demise, could be seen as an act of war. It’s no secret that countries like China and Russia would love to implement a new monetary system, while the West is quite happy with the status quo.

Additionally, if the dollar were to ever collapse, or if the United States was ever forced to declare bankruptcy, the entire world would see their savings literally disappear overnight — essentially making the breakdown of society imminent.

16 Reasons Why The Dallas Cowboys Are America’s Team
Next

5 Conceivable Ways To Become A Trillionaire
Trending
Heat Index
SORT
32 Random (And Fun) Facts About Starbucks
49520
5 Conceivable Ways To Become A Trillionaire
44440
975 Incredibly Profound Quotes Worth Sharing
18460
16 Reasons Why The Dallas Cowboys Are America’s Team
15770
Zach King Will Blow Your Mind With 6-Second Magic Tricks
8320
Are You A Narcissist?
7640
34 Proven Hacks For Better Sleep Tonight
6090
Toddler With Rare Disorder Becomes Victim Of Cyberbullying
5920